If you haven’t yet finished sorting out your 2018 travel calendar, perhaps this listing of Golf Advisor’s 10 great golf destinations of the year can help.

To determine our destinations to visit this year, we looked at several key criteria: particularly new and renovated courses or resort facilities, plus marquee events that make for exciting centerpieces to a golf vacation. Click here to read about the 13 best new golf courses opening this year, and our top 18 renovations to look for.

You’ll find that these vacation spots run the gamut from well known and established destinations, to the more exotic or lesser known and value oriented. There’s a destination here for every budget.

Tweet us @GolfAdvisor about the golf destinations you’re most excited to visit this year, or tell us in the comments below. 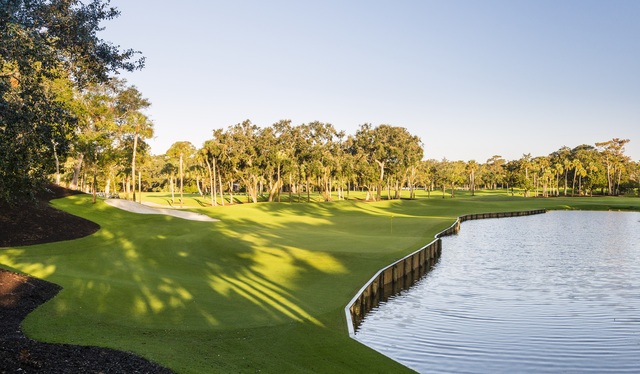 On the southeast coast, the rich are getting richer. With Sea Pines Resort having debuted sweeping upgrades in recent years, and Sea Island announcing their own plans last year, the present is an exciting time for Kiawah Island golfers. It represents the first full year that all five of its resort golf courses are on the other side of renovations since before to the 2012 PGA Championship. Converting the Ocean Course to Platinum Paspalum turf was a bold move just a year before hosting the major, but the experiment (paspalum was an unknown this far north on the Atlantic Coast) paid off in spades, especially weathering storm surge from recent hurricane activity. With the completion of a Cougar Point renovation last fall, the courses on this narrow, sea breeze-laden island are now re-grassed with varying degrees of design renovations and updates. Nicklaus’ Turtle Point has a new outdoor patio that is becoming a popular 19th hole. More off-course amenities are expected to be announced soon.

2018 is also a Ryder Cup year, and the 1991 “War by the Shore” host has a special Ryder Cup package for golf groups of 12 or more that includes three rounds of competition, team shirts, receptions and much more.

Following a challenging 2017 hurricane season, 2018 is a banner year for golf in the Dominican Republic. Following a Web.com event in 2016-17, the country will fill in for Puerto Rico and host its first ever PGA Tour event. The host course, the lavish and spectacular Tom Fazio-designed Corales Course, reopened in late-2017 following storm damage to its ocean holes and is better than ever. Corales is the headliner among the golf courses in Punta Cana, but perhaps even more spectacular is nearby Punta Espada in Cap Cana, a Jack Nicklaus design that is rivals the Caribbean’s most memorable.

An hour down the road at Casa De Campo is the course that started it all and continues to shine, Teeth of the Dog. Updates include a new driving range that was installed prior to the Latin America Amateur Championship, new clubhouse at Dye Fore, and for resort guests, a sparking new beach club. The Corales-Punta Espada-Teeth of the Dog trio is about as good as it gets for golf in tropical climes. But for even more golf, an entirely new oceanfront course can also be experienced near Casa De Campo, La Romana Golf Club, which is part of the Bahia Principe Resort. 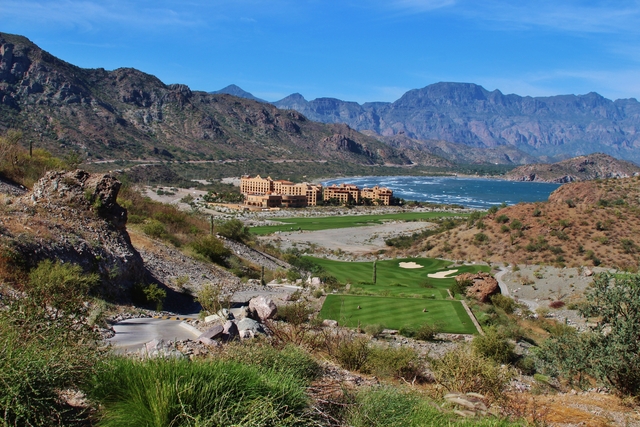 The dynamite Rees Jones course at Danzante Bay Golf Club made a splashy debut at the Villa del Palmar Beach Resort & Spa at the Islands of Loreto in the Baja Peninsula last fall. But the real golf boom in Mexico is happening farther south in Los Cabos.

At present, Los Cabos Tourism reports more than 5,000 rooms with 13 new resorts in the pipeline. Developed within Diamante Los Cabos are the 639-room Hard Rock Hotel Los Cabos (an early 2019 opening) and the 200-room Nobu Hotel Los Cabos (opening later this year), which will finally allow some public access to the three current Diamante courses.

The Twin Dolphin Golf Club, a project by Fred Couples with Todd Echenrode’s Origins Golf Design in California as the lead architect, could open later this year for property owners and guests at Montage Los Cabos, which comes online in May. The Grand Solmar at Rancho San Lucas Resort Golf & Spa and Grand Solmar The Residences at Rancho San Lucas recently completed phase one of development within Rancho San Lucas, a 834-acre master-planned community featuring 1.2 miles of beachfront. Its Greg Norman course should be ready by winter of 2018-2019, featuring six showcase holes on the Pacific Ocean. 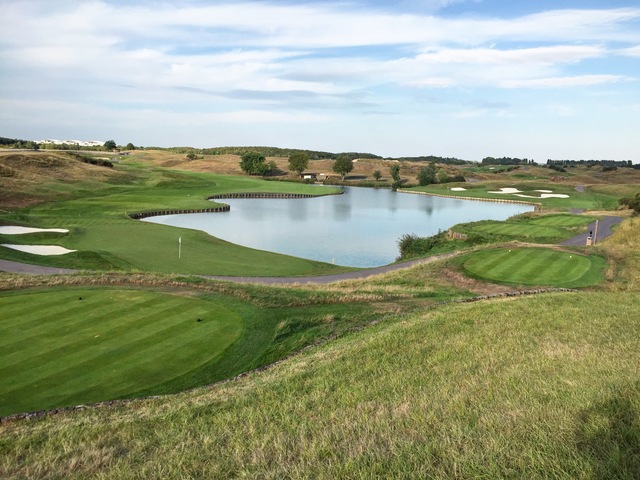 Can a powerful American team full of young stars (and maybe Tiger Woods?) win the Ryder Cup for the first time on European soil since 1993? Organizers expect the Albatros course at Le Golf National outside of Paris to attract the largest crowds in Ryder Cup history with up to 65,000 fans per day. Many will be foreigners visiting for the culture, tourist spots in Versailles (15 minutes away) and Paris (40 minutes away) and the spectacular French food and wine, with a little golf thrown in for good measure. France features plenty of nice golf courses, although there aren’t enough local golfers for the game to thrive. Could a single event inspire an entire nation to take up golf?

The total 36-hole rebuild of flood-ravaged Kananaskis County Golf Courses in Alberta was over five years in the making. But this summer, both Calgary locals and worldwide visitors to the spectacular Canadian Rockies finally have their two courses back.

The grand reopening is all the more reason to visit two of the best National Parks Courses in the world, Stanley Thompson’s Jasper Park and Banff Springs. Also, modern, dramatic standouts Stewart Creek and Silvertip are nearby. Breathtaking scenery and wildlife encounters are around every corner. The return of Kananaskis solidifies the Canadian Rockies as perhaps the world’s best mountain golf destination. 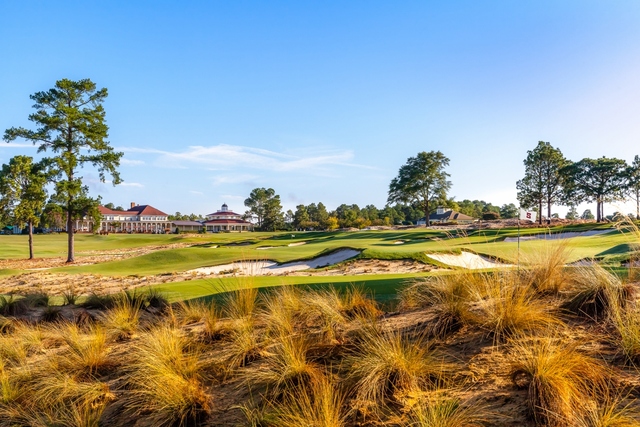 There’s always a reason to visit the Sandhills and in 2018 that’s especially so. Pinehurst made major changes in 2017 by remodeling the No. 3 and No. 5 courses to make way for the Cradle short by Gil Hanse and the expanded Thistle Dhu putting course. Now all eyes turn to Hanse’s renovation of Pinehurst No. 4, which will totally deviate in style from the Tom Fazio-designed layout.

There is plenty going on outside the Pinehurst resort, however. Talamore and Mid South are sporting new renovations, Tobacco Road unveiled a new onsite cabin to rent, and Mid Pines and Pine Needles are also in the groove following respective updates.

Also, debuting is the Pinehurst Brewery inside the remodeled steam plant that once powered the entire Village of Pinehurst for almost a century.

Since Johnny Morris dropped his line into the golf business, no destination has been as regularly newsworthy as his Big Cedar Lodge and Top of the Rock in Missouri’s Ozarks. Happenings have included everything from sinkholes to Tiger Woods to the Legends of Golf tournament and an unparalleled commitment to short courses. But 2018 is particularly notable, because it signals the first regulation 18 holes commissioned by Morris are opening, Ozarks National (Morris acquired what is now called Buffalo Ridge Springs and has been steadily upgrading it). Major championship golf is also coming back to Missouri. The 2018 PGA Championship will be held in St. Louis at Bellerive. Tacking on a few days at Big Cedar before or after the championship would be smart travel. 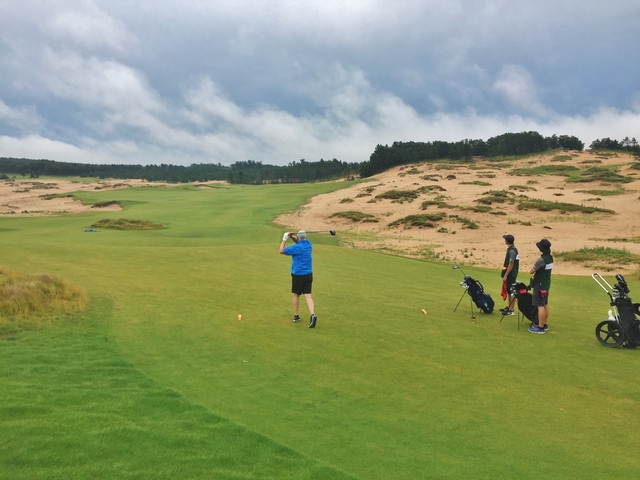 In a year’s time, Sand Valley has become a 53-hole mecca of inland links golf set among rolling hills in remote central Wisconsin. On the heels of last May’s opening of the Sand Valley course by Bill Coore and Ben Crenshaw comes the Sand Box, a 17-hole short course by the duo opening May 1, followed by the May 31 grand opening of Mammoth Dunes, the hyped David McLay Kidd project that allowed some preview play last summer. To keep up with demand, Sand Valley will be adding an intimate residential community, more lodging, a new practice facility, an expanded clubhouse with additional dining and a grass tennis court complex during the season. Perhaps not even developer Mike Keiser could have envisioned Sand Valley becoming so popular, so quickly. 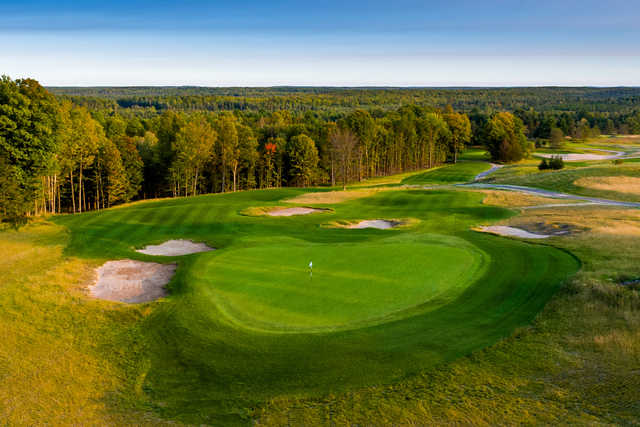 The Midwest’s arms race of golf continues. After 2017 brought another major to Wisconsin, Michigan will host two Champions Tour events this summer and also debut two highly-anticipated course openings. First is the follow-up to Arcadia Bluffs, the South Course, a Chicago Golf Club-inspired layout that is already generating plenty of buzz for its square greens and other Raynor-inspired novelties.

There is a second brand-new course opening in Michigan, but it’s way, way up there. In the Upper Peninsula, Sage Run will open next to Sweetgrass, which complements a handful of nearby courses that include Greywalls and Timberstone. The U.P. standouts make for one of the more well-known value golf packages in the Midwest.

Once again, the Home of Golf will be the epicenter of the game for two weeks in July. The Championship course at Carnoustie Golf Links, on the other side of the Tay River bridge from St. Andrews, will host its eighth rendition of The Open the week of July 15-22, its first major since Padraig Harrington’s playoff win over Sergio Garcia in 2007. Then comes the Senior Open Championship on the Old course at St. Andrews July 26-29. Senior Writer Jason Deegan learned during his visit prior to the 2015 Open there’s a misconception that tee times will be sold out before, during and after big events. That’s not the case. There are enough courses, and many golfers are busy with the events themselves. Don’t count on getting on the Old course, but there are other tee times to be had.